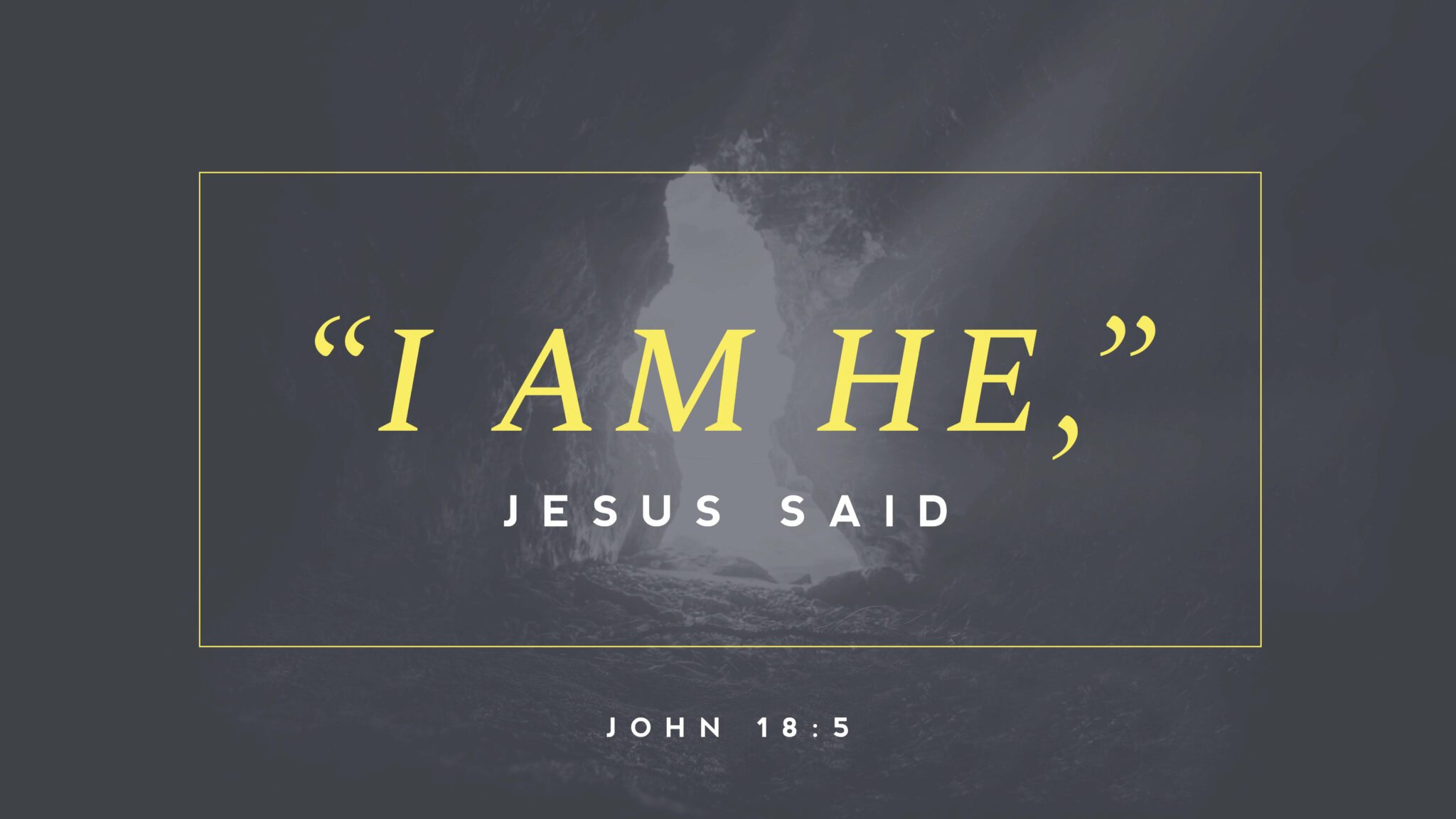 When he had finished praying, Jesus left with his disciples and crossed the Kidron Valley. On the other side there was a garden, and he and his disciples went into it.

Now Judas, who betrayed him, knew the place, because Jesus had often met there with his disciples.  So Judas came to the garden, guiding a detachment of soldiers and some officials from the chief priests and the Pharisees. They were carrying torches, lanterns and weapons.

Jesus, knowing all that was going to happen to him, went out and asked them, “Who is it you want?”

“Jesus of Nazareth,” they replied.

“I am he,” Jesus said. (And Judas the traitor was standing there with them.) When Jesus said, “I am he,” they drew back and fell to the ground.

Again he asked them, “Who is it you want?”

“Jesus of Nazareth,” they said.

Jesus answered, “I told you that I am he. If you are looking for me, then let these men go.” This happened so that the words he had spoken would be fulfilled: “I have not lost one of those you gave me.”

Then Simon Peter, who had a sword, drew it and struck the high priest’s servant, cutting off his right ear. (The servant’s name was Malchus.)

Jesus commanded Peter, “Put your sword away! Shall I not drink the cup the Father has given me?”

Then the detachment of soldiers with its commander and the Jewish officials arrested Jesus. They bound him and brought him first to Annas, who was the father-in-law of Caiaphas, the high priest that year. Caiaphas was the one who had advised the Jewish leaders that it would be good if one man died for the people.

“You aren’t one of this man’s disciples too, are you?” she asked Peter.

It was cold, and the servants and officials stood around a fire they had made to keep warm. Peter also was standing with them, warming himself.

Meanwhile, the high priest questioned Jesus about his disciples and his teaching.

“I have spoken openly to the world,” Jesus replied. “I always taught in synagogues or at the temple, where all the Jews come together. I said nothing in secret. Why question me? Ask those who heard me. Surely they know what I said.”

When Jesus said this, one of the officials nearby slapped him in the face. “Is this the way you answer the high priest?” he demanded.

“If I said something wrong,” Jesus replied, “testify as to what is wrong. But if I spoke the truth, why did you strike me?” Then Annas sent him bound to Caiaphas the high priest.

Meanwhile, Simon Peter was still standing there warming himself. So they asked him, “You aren’t one of his disciples too, are you?”

One of the high priest’s servants, a relative of the man whose ear Peter had cut off, challenged him, “Didn’t I see you with him in the garden?” Again Peter denied it, and at that moment a rooster began to crow.

How do we really know a person? When I spend time with someone for a while, I know what kind of things they like and dislike; I have some ideas of how they behave and their values.

Jesus let His disciples know Him by letting them stay with Him for three years—day in and day out. His disciples certainly knew Jesus more than other people knew Him.

After the three years of discipleship, at the crucial moment of Jesus’ arrest, one disciple was known as a betrayer, another one was to deny Jesus three times, and the third one was an unnamed disciple who follows Jesus to the end.

Even when He was under arrest, Jesus was still in control.

John 18 described Jesus was under arrest with the help of the betrayer Judas.

He knew all His disciples.

Jesus surely knew the Judas who would betray Him, and how he would do so. Nobody could hide from Jesus because He is all knowing (John 6:70-71, John 13:21).

At the same time, Jesus already knew that His disciple, Peter, would deny Him three times. He also warned him in advance when he swore that he would lay down his life for Jesus (John 13:37-38).

At the same time Jesus cared for each one of them. He chose to give up His life for us to have a better and eternal future.

Jesus did not say anything about the other disciple—the unknown and braved—who dared to bring Peter to the courtyard of the high priest.

He followed Jesus bravely and quietly to the end. Who is this disciple? Since the detailed incidence of the unnamed disciple was written in John, who also described himself as whom Jesus loved, unnamed disciple could be John.

This disciple, truly followed Jesus to the end.

Who do you and I identify with? Peter, Judas, or the unnamed disciple.

Judas, with wrong motives, followed Jesus and, later, never returned to Him.

Peter who was weak in faith later repented and Jesus forgave him, chose him and still used him to do great things for Christ.

The unknown disciple—John—was faithful to the end and wrote the book of John and Revelation, which reveals God’s truth in a past, present, and future. He clearly introduced to others who Jesus is—Saviour, Lord of all, the King of kings.

I had a privilege to know my landlord and landlady who had big influences in my life in my late twenties. I spent three years with them. Their lives and ways of doing things were godly and caring. They showed the reality of who Jesus is in their lives. They were true disciples of Christ. As a result, I changed my attitude toward Jesus—from being a normal Christian to a devoted committed follower of Christ.